America Loves a Hero with a Familiar Face, Even in the Zombie Apocalypse

The Walking Dead may not survive upcoming major cast changes, and I’m worried that this is the end. Such as in the recently cancelled Once Upon a Time, an adult Disney adventure drama, and Scrubs, a comedy drama set in the everyday world of doctors, some characters become too entwined in the story for tv viewers to feel okay with their departure [despite an in-show reboot or character replacement]. At some point, you lose enough of your main cast that it doesn’t feel like the same show anymore, and this is the ultimate hit or miss. In the case of The Walking Dead, it has been confirmed that Rick will die and be replaced as leader by Daryl in Season 9. Is this a potential threat for the show?

There’s a chance that The Walking Dead may go the fate of Game of Thrones. I mean, they both aren’t scared of killing off characters… or are they? Granted, The Walking Dead has cut main characters, but with Rick standing in the center alive and, er, well, the core team can withstand the deaths and the viewers. If you think back to the show Lost, the writers were so afraid to kill off their cast that they brought them all back with twisted finale. It’s understandable—why would you want to upset your fans after all this time, which is really why we’re in the situation we’re in. They want the show to continue and they’ve gone as long as they can with Rick. It’s just been too long.

I will say, though, that The Walking Dead keeps it more fresh than Supernatural (Why is that still going?!), when it comes to villains and general story. 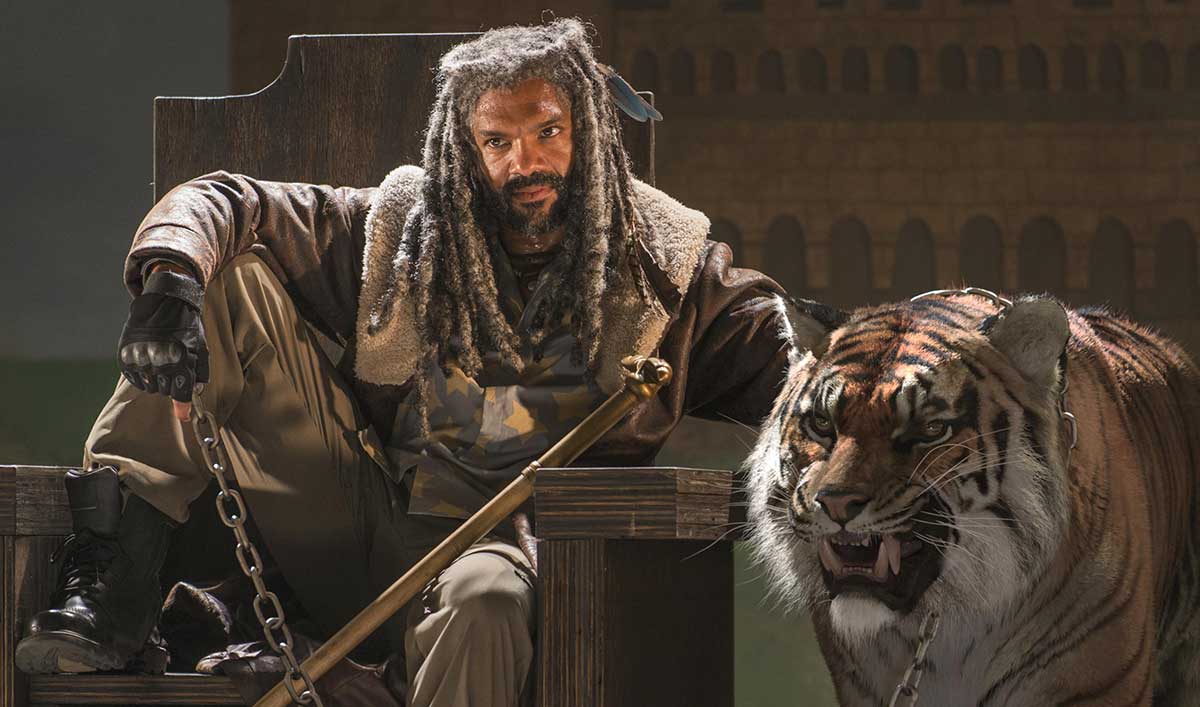 With long-running shows, the audience tends to fall in love with a cast/characters just as much as the shows themselves. Due to this, shows have specific formulas that stand strong, even in an apocalyptical setting; the main one being the familiar gang in a series of uncomfortable situations, which is ALL of the aforementioned shows have developed.

This is not to say that some shows overcome this their loss [although some were better than others]:

But most end up dying after just another season:

With so many characters gone from The Walking Dead, is Daryl a strong enough character to take the helm? He’s a fully-developed personality and beloved by fans, but leaders usually have a love/hate relationship with their audience. This is due to the small, yet impactful decisions that only they get to make that cause internal conflict and future plot points. Are we sure Daryl can survive this? I wonder if it will feel more like a spin-off than the next season. With the ratings falling as they are, this could be the final choice that ends the show.

On some level, I do want the show to end. How much torment too much when it comes to the end of the world? If we are to assume there is never a cure, do we have to watch every last character die? Honestly, maybe this should be end of the show, with its this-might-as-well-happen ending.

I also can’t help but wonder, if this was done years ago, would the audience be more acclimated to the dead of a leader, or would the show have ended sooner?

Sources: All photos by AMC.

Amanda Lovewell is a copyeditor for bloomfield knoble. She works to keep the brand voice intact for us, and for our clients. She lives for any form of artistic expression, especially music. One day, she would love to travel creating short stories about her misadventures.